The Hope I Hold 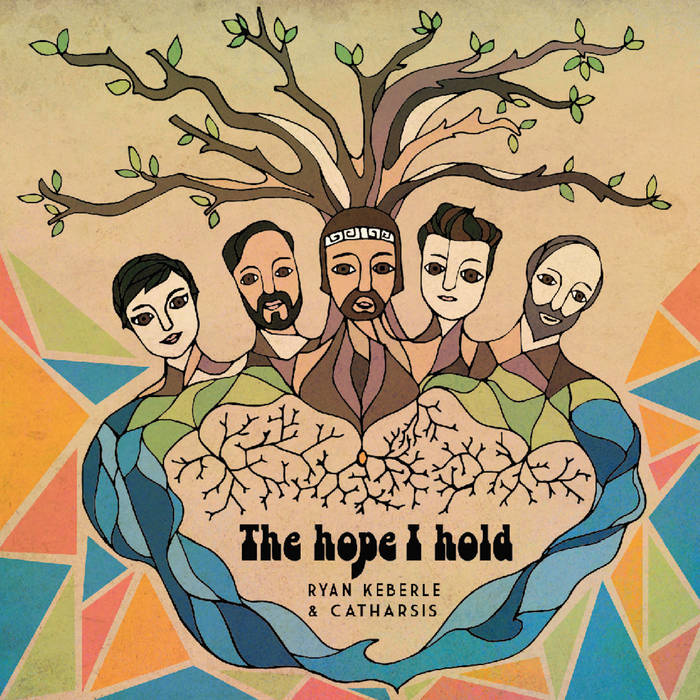 On their new full-length album The Hope I Hold, Ryan Keberle & Catharsis are departing, expanding and progressing. It’s an album full of welcome firsts. To start, it’s the first Catharsis release to feature the genius multi-instrumentalist Scott Robinson on saxophone, alongside band veterans Jorge Roeder on bass and Eric Doob on drums. It also marks the debut of Chilean artist Camila Meza as the group’s guitarist, adding to her role as vocalist.

The album also underscores Keberle’s evolving roles as well, and features him not only on trombone but on vocals and keyboards. But perhaps the most important unfolding on The Hope I Hold relates to the album’s theme of optimism in the face of political and cultural corruption. The album features lyrics drawn from “Let America Be America Again,” a virtuosic and poignant poem written by Langston Hughes in 1935 that Keberle felt compelled to incorporate into his new work.

All arrangements by Ryan Keberle except Track 7 (Camila Meza) and Tracks 8 & 9 (Jorge Roeder).

The Hope I Hold by Ryan Keberle & Catharsis has been made possible with support from Chamber Music America’s 2016 New Jazz Works program funded through the generosity of the Doris Duke Charitable Foundation.

"Ryan Keberle and Catharsis prove why they are one of the most progressive bands in modern jazz."
Will Layman, PopMatters

"“Despite the Dream” is a showcase for Meza’s clear, un-showy vocals. It’s a sharply political track, but its deceptively light rhythm and the steady pace of the horn solos keep it from becoming agitprop. Keberle’s solo has a joyful but bottom-heavy feel, like theme music for a cartoon elephant, while Scott Robinson’s saxophone has a big ’70s sound."
Phil Freeman, Stereogum

"The music on the recording both expands and streamlines the band’s sound. Mr. Keberle is heard on keyboards on some tracks, and the songs swell and recede in a graceful way reminiscent of the Maria Schneider Orchestra. Wordless vocals, lyrics and solos emerge from gorgeous weaves of musical textures."
Martin Johnson, Wall Street Journal

"...all those tones give the music a lovely, splayed-out energy, turning his sighing compositions into big, open canvases."
Giovanni Russonello, New York Times

"Ryan Keberle & Catharsis continue to make relevant music, the writing continues to mature, and the musicianship is of the highest caliber."
Richard Kamins, Step Tempest

"'The Hope I Hold' is a powerful album which documents the continuing evolution of this remarkable band."
Thomas Cunniffe, Jazz History Online

“Each instrument here maintains its own grain and its own fit within the pocket. And thank goodness for that sense of amalgamated looseness. With Catharsis, Keberle always seems to be hinting at something dangerous, maybe the danger of getting lost. This time, swimming in more colors, the music really starts to go there.”
Giovanni Russonello, Downbeat Hot Box Review ★★★1/2

“Musical polemics never have held much attraction for me, but Meza puts Keberle’s lyrics across so sweetly that the punch comes swathed in silk. The pair’s connection creates a shimmering contracts to the tougher elements beneath.”
James Hale, Downbeat Hot Box Review ★★★★

“The hope I hold is that Keberle and Catharsis will make more such optimistic and provocative music.”
J.D. Considine, JazzTimes