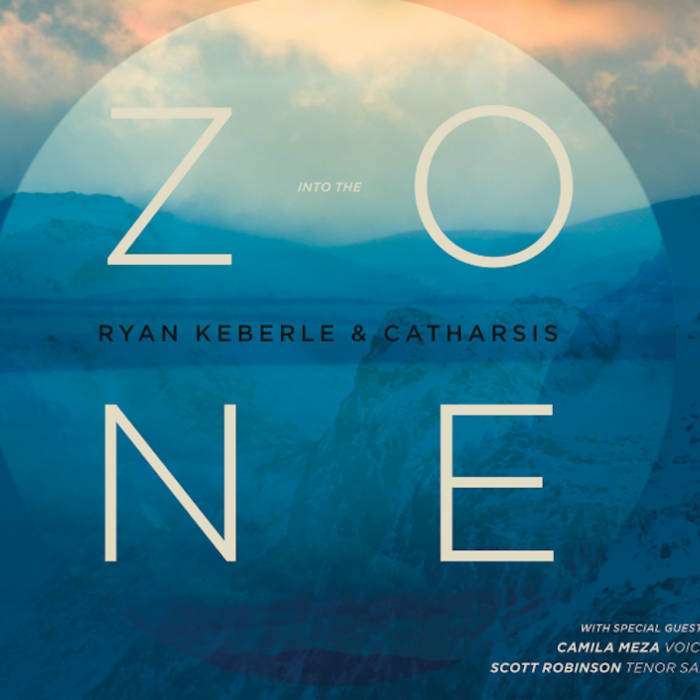 The concept of being in the zone is elusively familiar to most, if not all, creative artists. The “zone” represents a state of mind when the creative process flourishes uninterrupted by self-critique, self-doubt, and other outside distractions. In this way, being in the zone is akin to the Buddhist concept of mindfulness, defined by the Merriam-Webster dictionary as “the practice of maintaining a nonjudgmental state of heightened or complete awareness of one's thoughts, emotions, or experiences on a moment-to-moment basis.” While many creative pursuits are practiced over extended periods of time allowing the creator time to realize this mindfulness, improvisers are more like professional athletes; having to enter the zone on command and to stay in the zone until the performance or event is complete. Muho Noelke, the German-born, Zen Buddhist monk, advocates for mindfulness in a paradoxical manner: “We have to forget things like ‘I should be mindful of this or that.’ If you are mindful, you are already creating a separation… Don't be mindful, please! When you walk, just walk. Let the walk walk. Let the talk talk. Let the eating eat, the sitting sit, the work work. Let sleep sleep.”

I’ve been thinking about this paradox and ways to overcome it for most of my professional life, as have countless others in books like Zen and the Art of Archery or Zen and the Art of Motorcycle Maintenance. However, as an improviser it’s not sufficient to think and read about the “zone”, one must also practice getting “into” the zone, both on and off the bandstand, much like a follower of Buddhism – or any meditative philosophy – practices entering different states of mind. I’ve previously written about the ways in which I practice my musical mindfulness (see my website), so I’ll refrain from repeating myself here. But to recap, I’ve found that the key to success, aside from a regular practice regimen, is to accept one’s musical strengths and weaknesses while striving for honest, authentic, and personal musical output. Another great source of insight on this topic has come from playing with other improvisers who have mastered such mindful creativity. Thus, mindfulness was in many ways, the primary motive behind the formation of this band (Ryan Keberle & Catharsis), whose second album is represented here. It is also the reason I chose to include the very special guests on this record, vocalist Camila Meza and saxophonist Scott Robinson. The addition of a vocalist to this project was born out of the desire to heighten the honest delivery of my music based on my perception of the natural, brutally honest nature of the human voice. I first heard Camila Meza, whose primary instrument is guitar, leading her band at the Zinc Bar (New York, NY) in 2012 where it became immediately clear that her approach to music was very much in sync with my own. Scott Robinson, who appeared as a guest artist on our previous record, is one of my most inspiring colleagues when it comes to making honest improvised statements. It has been this way ever since we met in the Maria Schneider Orchestra almost ten years ago.

The compositions and arrangements on this record are, first and foremost, honest musical statements that mean a great deal to me. This music was tailor made for Ryan Keberle & Catharsis, an assembly of some of the most honest and authentic jazz musicians I know, providing a musical foundation for each musician to get into the zone individually and collectively.

“Inevitable Blues” provides the listener with this record’s opening statement. A statement on the power and importance of the blues in our current musical world. And, although only one blues composition is included on this record, Charlie Parker’s “Cheryl”, the blues serves as a unifying force from start to finish. “Gallop” was inspired by a Uruguayan groove called the candombe that I first encountered while playing in the band of Argentine pianist and composer, Emilio Solla, and was the first composition I wrote for Camila on voice. As a side note, it was in Emilio’s band that I first heard the potent musical connection that Catharsis bassist Jorge Roeder and drummer Eric Doob share. I realized then that they were the bass and drums pairing I had been looking for. “Without a Thought” is a composition born from a short musical fragment that I found myself playing on the trombone during my warm-up routine each day. This fragment turned into one of the longest and most through composed pieces on the record and reminds me, in subtle ways, of my time spent on the road touring with Sufjan Stevens. My continuing love for great songwriting led me to two beautiful ballads from different eras of American popular music – Fran Landesman’s “Ballad of the Sad Young Men” and Cole Porter’s “Easy to Love”. I first encountered “Ballad” when I was asked to perform Gil Evans’ poignant arrangement of the song at the Newport Jazz Festival with the Gil Evans Project. “Easy to Love” has long been one of my favorite classic jazz standards and I finally found the opportunity to arrange it, a reworking which wound up giving the love song a somewhat post-modern cynical twist. “Simple Sermon” and “Zone” are both examples of honest musical statements written from the “zone”. Nothing overly complex, no graduate degrees in music required to appreciate the music, no algorithms utilized in their construction. Just good ol’ fashioned songwriting (and my debut recorded performance on the melodica!).

I’d like to thank my band – Mike, Jorge and Eric – for their unsurpassed musicality, dedication and guidance. Thanks to Camila for her willingness to indulge the learning curve that is writing for voice and her soulfully honest musicianship. Thanks to Scott Robinson for inspiring me to strive for true musical spontaneity and to embrace both the heart and the brain when it comes to making music. Thanks to Dave Douglas and Greenleaf Music for believing in this music. Thanks to Matt Merewitz and Fully Altered Media for their support and help in navigating the 21st century jazz industry. Thanks to all my family and friends and, most importantly, to the person who keeps me honest, not just in my musical life but in everything that I do, my incredible wife, Erica.